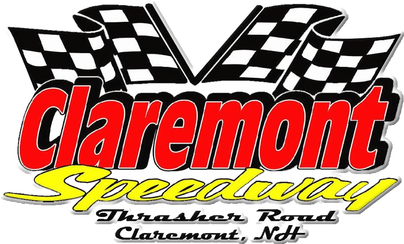 CLAREMONT, N.H. – Fireworks and stock car racing, what a perfect pairing to get everyone out in the open air and celebrating Independence Day Weekend! And it’s all happening this Friday, July 3, at Claremont Motorsports Park.

Fans from throughout the northern New England region have been flocking to the Thrasher Road speedplant to take in its storied Fourth of July shows for more than half a century and, although this year’s event will require some social distancing in the grandstand area, Friday’s six-division racing show and gigantic aerial display will carry on that great tradition.

The thundering Granite State Pro Stock Series will be back in town, battling in the night’s main event, a 100-lap feature like the one contested here a month ago, when Nutmeg State star Ray Christian was victorious on opening night.

END_OF_DOCUMENT_TOKEN_TO_BE_REPLACED

CLAREMONT, N.H.- Kyle Welch stormed past some stout competition Friday to win the Maurice Trailer Country Modified main event at Claremont Motorsports Park. It was the open-wheel series’ first event of the summer at the Thrasher Road speedplant.

Week four in the pandemic-shortened season was, as the first three, a good one, as promoter Mike Parks guided the five-division, 70-plus-car event into the books in two and one-half hours.

END_OF_DOCUMENT_TOKEN_TO_BE_REPLACED

Round two for the Granite State Pro Stock Series will be moved from the Lee USA Speedway to Claremont Motorsports Park. The event will still be held on July third and will have a post time of 7:30.

After lengthy conversations between Lee Speedway management and series promoter Mike Parks, it was decided that due to complications caused by the Covid-19 pandemic, that it would be best to move this event.

This event will consist of a 100 lap feature and qualifying will be through The Crazy Horse Racing Fast Time Challenge and heat races.

Claremont’s own Luke Hinkley was fastest in time trials at the opener and Ray Christian III will be looking to win his third straight event with the series and at the Thrasher Road speed plant.

END_OF_DOCUMENT_TOKEN_TO_BE_REPLACED

CLAREMONT, N.H. – Aaron Fellows won for the eighteenth time in a row, Dave Greenslit and Kodi Sabins each earned his second victory lap of the season, and for the first time this summer, fans flocked to Claremont Motorsports Park Friday, June 19, night.

Six Shooter kingpin Jeremy Blood also won for the second time in three outings Friday, and Desmond Skillings and Randy Burr were both victorious too, as the Thrasher Road speedplant – social distancing practices in place – opened its grandstands for the first time in 2020.

It wasn’t a Sonny-Fleury-back-in-the-day crowd but it was, none-the-less, a great turnout, as everyone came out to welcome racing back to the Twin State Valley. And nobody went away from Friday’s show disappointed, especially not Late Model Sportsman star Aaron Fellows.

END_OF_DOCUMENT_TOKEN_TO_BE_REPLACED

Friday night June 19, Claremont Motorsports Park will swing open the gates and welcome in fans for the first time in 2020.

After a pair of highly successful pay per view events with empty grandstands, the third mile oval on Thrasher Rd. will race in front of a live crowd. Grandstands will open at 5:30 with heat races starting at 7:30 to be promptly followed by feature events for all six divisions in action.

“While it has been great to be racing it just isn’t the same without our loyal fans”, stated track promoter Mike Parks. “This track has always had a loyal following and it will be awesome to have them back cheering on their favorite drivers”. He went on to say “We value the safety of everybody involved and will be doing everything possible to practice good social distancing.” He then added,  “We love our fans, drivers and teams and want to make sure everyone stays healthy”.