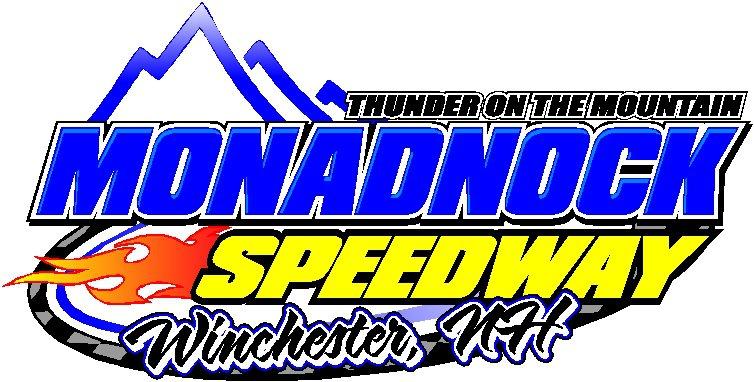 NHSTRA Modified ace Brian Robie had clinched his division’s 2020 crown a week earlier but, strongly in the hunt for top NASCAR Division 1 points – he entered Saturday’s event tied for fourth in the national ranking – the Sunapee speedster was third in Saturday’s 40-lap main event.

Swanzey, NH hot shoe Todd Patnode, the speedway’s Modified champion a year ago, moved up to second in the final 2020 tally by winning his fourth feature race of the year. Hillary Renaud (Vernon, VT) & topped the Street Stocks, impressive in her second victory of the summer.

END_OF_DOCUMENT_TOKEN_TO_BE_REPLACED

WINCHESTER, N.H. – Trevor Bleau (Troy, NH) won the race Saturday night at Monadnock Speedway that had eluded him all season. But, while Bleau won the battle, Brian Robie won the war.

With Robie’s strong third-place outing in Saturday’s NHSTRA Modified main event, the Sunapee star clinched the 2020 track title. The speedway’s other four divisional crowns, however, will all wait to be decided on the final day of the season.

Bleau, the runner-up a week earlier, was one of three first-of-the-season feature winners Saturday. On the fourteenth event of the summer, Emerson Cayer (Contoocook, NH) and C.J. Johnson (Keene, NH) also earned their first victory laps of the year.

END_OF_DOCUMENT_TOKEN_TO_BE_REPLACED

The high-banked speedplant completed its 13th event of the season Saturday, and when all was said and done, one driver had taken her first victory lap of the year, Aaron Fellows (Croydon, NH) had stormed to his track-high eleventh feature win, and the sizzling Curtis twins, Jaret and Chase, were again tied atop the Street Stock title race.

The Six Shooter division made its maiden Monadnock run Saturday, with southern-staters Brandon Mailhot (Epping, NH) and Adam Knowles first and second under the flags, and Granite State Mini Cup ace Skeeter Beerce was dominant in both his heat and feature races.

END_OF_DOCUMENT_TOKEN_TO_BE_REPLACED

It was Bonsignore’s third Whelen Tour victory at Monadnock, duplicated big scores here in 2013 and 2014, the latter the famed all-green 200-lapper. When Bonsignore won that one, in fact, Sunday’s main event namesake, Wade Cole, was in the field, as was open-wheel legend Ted Christopher.

END_OF_DOCUMENT_TOKEN_TO_BE_REPLACED

WINCHESTER, N.H. – There was no dominant driver in Saturday’s Modified twinbill on the high banks of Monadnock Speedway.

Ben Byrne (Deerfield, Ma) and Todd Patnode (Swanzey, NH) each won a 35-lap NHSTRA feature but, like everyone else in the 22-car field, took a beating in one or the other go-rounds.

Tough nights? They were abundant, Trevor Bleau was bounced around to 16th and 14th place finishes, and Matt Kimball, although second in the nightcap, left the track knowing he could have won both races.