Home town hot shoe Joey Polewarcyk lead the majority of the 2019 Gate City Classic to take down the win. Cory Casagrande returned to the series and established the track record and the point leader continued his string of consistency in 2019.

END_OF_DOCUMENT_TOKEN_TO_BE_REPLACED

The next stop for the Granite State Pro Stock Series will be the newly renovated Hudson Int’l Speedway in Hudson NH. Ben Bosowski and his team started multiple renovation projects in the fall of 2018 and now all of that is paying off with the latest rendition of the Gate City Classic.

END_OF_DOCUMENT_TOKEN_TO_BE_REPLACED

NHSTRA Back of the Pack Challange

NHSTRA Back of the Pack Challange

Walpole NH – In a joint announcement today the Granite State Pro Stock Series and the New Hampshire Short Track Racing Association will present the NHSTRA back of the pack challenge. What this will be is for what ever driver sets fast time in the Crazy Horse Race for the pole will have a option to start last. If the driver excepts the Challenge he will be rewarded with a extra $1000.00 if he wins the main event. GSPSS President Mike Parks stated “this is just a little something to add some more excitement to our program for the fans, We will get the driver on the PA try to get them in front of the crowd to get them more involved with the process and put the driver on the spot!  Drivers have a little ego so when there in front of the crowd and we all know the crowd will want them to take the challenge we will see how big that ego is!”  The GSPSS gets there season under way this Friday May 3rd at the Claremont Motorsports Park. (Rain Date Sat. May 4th)

END_OF_DOCUMENT_TOKEN_TO_BE_REPLACED 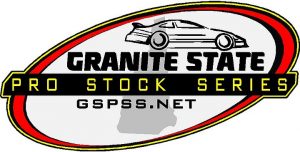 First hitting the Hudson Speedway high banks in 1985, Bobby Cabral of South Kingston, NH is coming back in a pro stock for the first time years. “We are really excited about this opportunity with Bobby Webber and the crew.” Cabral said. “We’ve been getting the car ready throughout the year and will be ready to go this Sunday.”

Cabral ran Mini Stocks throughout the 80’s at Hudson Speedway with success. As time progressed Cabral also ran in the Bud Light Lightning series in the late 90’s and early 2000’s. The 2012 Series champion Cabral also ran an LCM Motorsports pro stock in select races at Hudson after his championship run as well.
END_OF_DOCUMENT_TOKEN_TO_BE_REPLACED

After a three year hiatus the Granite State Pro Stock Series presented by Springfield Buick GMC will be returning this Sunday, July 15th to Hudson International Speedway in Hudson, NH. “We are thrilled to have Hudson back on the calendar this season” series President Mike Parks said. “There has been quite a buzz about the Hudson high banks and we feel its going to put on a fantastic show for the fans.”
END_OF_DOCUMENT_TOKEN_TO_BE_REPLACED

HUDSON, NH – Derek Griffith continues his breakout year, racking up solid finishes on the Granite State Pro Stock Series, including his first four wins on the tour. In June, Griffith won in front of his hometown crowd at Hudson International Speedway, and is hopeful for another good run on August 23.

Griffith has lead the championship standings since the second race of the season, only finishing outside the top 6 once, at Speedway 51 after expiring a motor. The young star has had a season like no other driver in the tour’s history, and with only three races left, the 2015 championship is lurking in the back Griffith’s mind.
END_OF_DOCUMENT_TOKEN_TO_BE_REPLACED